By itself, the NFC technology is a promising technology that could bring a lot of convenience to mobile users by a single tap-and-go. However, numerous attempts to market this technology still remain tap-tap and… no-go.

My quick web search results in the following facts and figures:

- NFCTimes announced last year: “Major NFC chip makers predict 40 million to 50 million NFC phones or more will be on the market by the end of 2011, along with a smaller number of NFC bridge devices

- According to Cashlog at end 2011, the penetration of all NFC-enable phones was 7M, accounting only for 1,75% for of all devices

Whereas the iPhone has been a success story, there is obviously something wrong with the “NFC thing”. In recent years, we have seen the uptake of NFC applications all over the world. Major players including Google, MasterCard, Visa and major banks and telcos have introduced many NFC mobile payments initiatives. As of April 2012 NFCTimes registers 184 NFC related projects worldwide. This sounds in the first place quite impressive. But, in my opinion, after several years of experimenting the market is still…tapping. 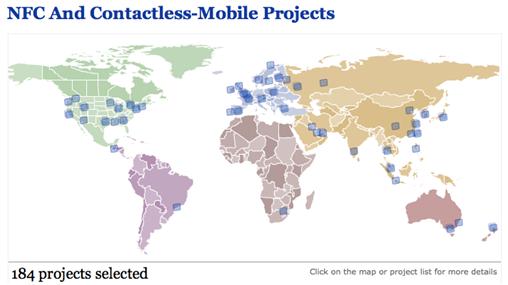 Many surveys on consumer adaption of mobile services show convenience the number one reason. And when it comes to convenience and usability, Apple understands how it works and how to get people lining up in front of their stores the night before product launch. The fact is: it is possible to sell about (almost) anything as long as you sell customer convenience. But why has Apple not yet added NFC to their products, knowing that Apple has the expertise and necessary patents available? It looks like that Apple still doubts about what NFC would bring to their core business.

NFC is not only about customer convenience, most of all it is a technology push to enable “big business”, at least, if we trust some NFC market predictions. One of the reasons why NFC mobile payments business stagnates is because of the overcomplicating NFC-ecosystem. While most of the customers have no clue about what NFC is about, other stakeholders (banks, telcos, phone manufacturers, sim manufactures, scheme owners, etc.) are wasting time arguing about different secure element options (embedded, sim-based, microSD). Each of these options has major impact on the business case of the stakeholders since it is about the “ownership” the secure element, or better said, the consumer ownership. Being a consumer, why should I care about these options?

Nokia made a choice to step out the mobile payment market in order to focus on their core business: hardware. As long as people are willing to overload pre-orders for a new iphone or an i-whatsoever, Apple will stay along the safe line: i-hardware. Of course the App Store is an exception, but it also helps selling hardware. When a company having 100 billion cash, it is very tempting to experiment with different business opportunities. However, it is not likely that Apple has the patience to spend millions of dollars on mobile payments to watch small margin of payment transaction coming in. Beside, (mobile) payment is not and will never be “sexy” anyway.

Simplification as a way out

The mobile payments market is moving ahead and the NFC potential needs to be unlocked. The best thing that banks, telcos and other major players could do is to simplify the NFC-ecosystem as much as possible. If you loose appetite or cannot cook, get out of the kitchen. Nokia did it. Apple does not even want to cook. Google burned their meal by putting a security hole in the GoogleWallet. Banks and telcos are still looking for a golden egg after those years.

Let' us remind ourselves that some of the best meals have only a few ingredients. This should be way to ‘serve’ NFC.”

About Minh Le
View all posts by Minh Le
Business Developer and member of the Scientific Community
Minh is a business developer and innovator in the area of connected vehicle and Internet of Things, mainly operating with automotive OEMs, telco’s, Fleet Operators, and manufacturers. Introducing new services, meanwhile focusing on architecture and security aspects is his biggest value for his customers and business partners. He is a distinguished member of Atos technical staff and active member of Atos Scientific Community, which plays a key role in enhancing Atos’ reputation as a world leader in the IT Services industry and as an innovator and thought-leader.