Looking beyond the buzz of Blockchain

There has been a lot of hype about Blockchain over the past few years but how much is actually understood about the distributed platform? Most conversations surrounding Blockchain so far have centred on Bitcoin, cryptocurrencies and financial services. While these are the most commonly-known applications, Blockchain is capable of a lot more and can be applied to a huge number of different industries, such as music and energy.

As a communication protocol, Blockchain essentially provides a decentralized governance enabling peers who share the same goal to trace and log events or data, without the need for the individuals involved to know and trust each other. Unlike centralized governance, it does not need a trusted third party and is by design, secured and scalable. Peers are anonymously authenticated and access to data can be easily tailored. Blockchain is also very versatile as it can be interfaced with any information system, since it is a standalone protocol that can be implemented via simple APIs. 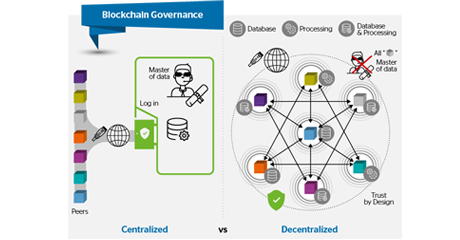 Beyond the application of Blockchain for cryptocurrencies, the protocol is currently being used for several different applications around the world. For example, in Sweden, Blockchain is being implemented in the real estate industry to register and record land titles in a bid to digitize processes. The NASDAQ is also using Blockchain for its own assets, transactions and internal management system. 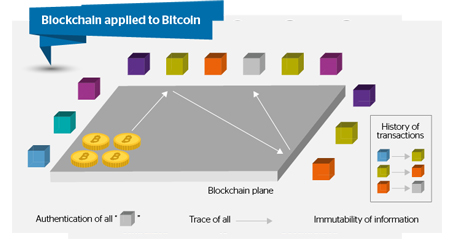 With innovation at the core of our DNA, we created a Blockchain-focused workforce here at Worldline. Not only do these specialists educate our colleagues within the wider Atos Group, customers and partners on the technology, they also actively contribute to open source and collaborative projects.

Additionally, we’re working on several projects across a number of different industries to explore the key usages of Blockchain, and we’ve developed this for organisations such as the Car Maintenance Book and Smart Corporate Bonds. We are also exploring the use of Blockchain in verticals such as healthcare, logistics, payments and e-Identification.

Using Blockchain technology in the healthcare industry would allow for traceable and regulated access to patient data, hosted on a secured cloud, independent of Blockchain. Defining which data could be accessed by which healthcare party would take place in Blockchain and access would be granted by combining the patient’s key and the unique key given to each third party, such as a pharmacy, doctor, or hospital.

Blockchain holds much promise for industry verticals as far reaching as energy, insurance, media, politics and transport; and it could be the ideal tool to overcome problems associated with centralised databases that can be easily hacked. Given its disruptive nature, industries, companies and governments will need to adapt to this new approach; but Blockchain is also highly secured and scalable, making it a viable technology for the long-term.

Blockchain is a topic that Atos follows closely, and this year’s international student competition that is dedicated to technical innovation – the IT Challenge – is centred on how Blockchain can be used to disrupt conventional business models.

About Nicolas Kozakiewicz
View all posts by Nicolas Kozakiewicz
Head of Research & Development and Innovation, Worldline, Atos Fellow and member of the Scientific Community
Nicolas has 20 years’ experience in Innovation and R&D both in big corporations and half founding and funding start-ups, in Europe and the Silicon Valley. Nicolas leads multinational engineering teams, from upcoming trends and technologies to Business-applied services. For the past few years, Nicolas has driven the Global R&D and Innovation at Worldline - the European leader in the payment and transactional services industry - leading teams to concentrate, evaluate, prioritize and drive to market reality all the disruptive technologies/ usages, instilling innovation, igniting new services and increasing performances and efficiency in our portfolio. Nicolas joined Atos group in 2009 and holds a SW/HW engineering degree from EFREI backed up by a Start-up specialized MBA course from HEC in France.