In the latter stages of the 20th century, we discovered our history through whatever had been recorded in literature and art. We knew about Shakespeare, because he wrote plays that were published and performed. We knew of Napoleon, because people wrote about, and painted, him. We knew more about Churchill through all of those above plus the advent of moving pictures and recorded voice. 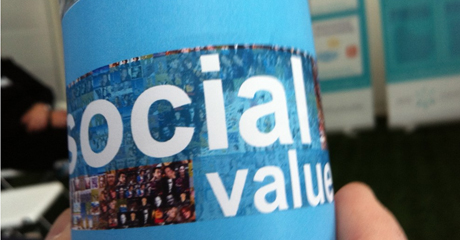 How long does it take the web to learn I wonder? To take this mass of information that is you, directly or indirectly, process it, learn the essence of an individual and then further to imitate them. I imagine that it must be possible to conduct semantic analysis that goes beyond the current focus of “sentiment/semantic of social media analysis for business” to actually get to the heart of an individual’s phraseology. To understand the style in which somebody writes, the mannerism’s of their communication … and then to replicate it.

Today, you probably know who you are communicating with. You recognise their voice on the phone, or their language in texts, or instant messaging. The way they use language, their accent, their abbreviations …

What if I can replicate that? What if I can soak up your social presence for the last 20 years, and mash it with everything I know about you - every word, every picture, every visit and holiday, every purchase, every single transaction of your digital life. What if I knew it all? How could I act then?

The power of imitation with that knowledge would surely be phenomenal. A virtual avatar trained in your life. Able to communicate just like you do. Able to act on the knowledge that you have, and even that you have forgotten. Able to make decisions such as those you may have made in the same situation. What might the uses (or abuses) be of such power?

It is too easy to be fearful of the security implications of the above, and of course of the concerns around personal data. And of course therefore there is the obvious fraudulent threat of imitation. If I can imitate you completely, in text conversations, even vocally, what can I do with that power?

And yet, where there is dark there is also light. How can such a capability help each of us? An avatar, a robot even, trained to be like ourself. Trained to make the decisions we would make. I could probably make use of that in our increasingly time constrained world. To act as my trusted agent, to execute those things that need to be done yet for which I just don’t have time.

And then there is a darker thought too, to replicate for immortality. I know about Shakespeare because I can read his plays. But maybe one day in the future, people will be able to interact directly with, for example, Stephen Fry, long after our generation have passed away. Of transcending through the time barrier by leaving a mass of digital information that creates the essence of him, and indeed each of us.

Maybe one day, our friends and family will not be lost forever, but will live on through the Cloud. The information and experiences of their life assimilated and learned, an essence of those long gone left to interact for eternity - a smile, a laugh, a turn of phrase, a coach, an adviser, a listener, a mentor. Digitally replacing reality.