Watch this space: The journey of President Obama and the cost of getting there.

“… the success of nanopayments within the social networking environment was the election of Barack Obama as US President. His election was financed by a vast number of small donations that was totally at odds with the way his competitor was financed with much higher and more traditional donations.” 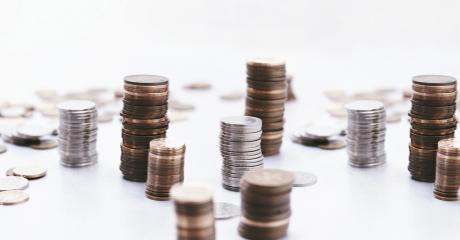 The quote above comes from a whitepaper by the Atos Scientific Community that is about to be published. It shows not only the growth of electronic payments but also the impact that a well-executed commercial model can generate.

“…the need to process the continuously increasing number of payment transactions within shorter timeframes have led to significant processing costs. However, as the payment business model is strictly based on transactional fees, the rise in costs also leads directly to an increase in transaction fees.”

The whitepaper analyses the different transactions possible, looks at the changes that the internet marketplace is bringing and explains that the traditional payment model build on a 4 corner model involving banks, consumers and merchants is moving to a much faster executed 3 corner model – indicating, in theory, a less sturdy structure for the economic framework. It also becomes clear that measures need to be put in place to compensate or resolve the possible imbalance.

The result of this all is that there is a cost associated to the electronic payments that is not depending on the value of the payment. Instead the cost is associated with the speed at which the payment needs to take place.

“This market was nearly non-existent just a few years ago, but is now growing quite rapidly. In this market, fees per transaction are extremely small, and a huge number of transactions is required to balance out the setup costs.”

To cope with the fact that cost is becoming a much bigger part of the transaction, multiple payment schemes have been introduced; the whitepaper also explains how the usage of software on mobile devices can furthermore decrease the cost of the transactions .

“E-coin schemes that do not rely on a connection to a central balance management service base their security and operations on algorithms that are very intensive in term of computing power. The growth in computing power of both mobile and desktop processors means e-coin systems can now operate without the unbearable delays related to the computing time required to generate or check the validity of the e-coins. These systems could now be integrated into the software deployed on desktops or mobile devices and called on by connected services. Cloud principles could also be applied and the computation of e-coins be delegated to a distributed platform.”

After reading the paper it became clear to me that we are looking at solutions that make it possible to introduce commercial models (real-world electronic payments) that allow transactions as small as a couple of cents, without having the problem that the cost of executing the payment is bigger than the amount of the transaction itself.

More processing power in mobile devices will create methods to make this possible and the paper also explains clearly that this new transaction model will benefit from new technologies such as Near Field Communication:

“Among the many existing methods, the use of near field communication (NFC) is popular as many players in the payment market want to leverage this proximity communication technology to deploy a mobile wallet solution. There is currently a struggle with regards to wallet solutions between the location of the secure element carrying the wallet and the protocol used for exchanging messages. This technology will certainly become a major payment vector, alongside chip cards, for real-world electronic payments.”

Suddenly I have this picture in my mind of a stadium of people, all waving their smartphone towards the new presidential candidate.

The good thing is our whitepaper is still for free and I will let you know when it is published so you can download it for your benefit.