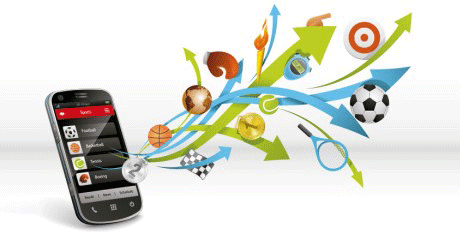 New Media is radically changing the way we consume media and entertainment contents. An interesting example is the phenomena of the YouTubers, people who use new digital technology for editing and recording gameplays to share the videos in social platforms like YouTube or Twitch.

With millions of followers, these YouTubers have a tremendous influence over the habits (and purchases) of young people. And some have incomes well over 1.000.000€ and actually earn more than the games creators themselves. In this context, it’s easy to guess the interest of the games creators to have a share of the benefits of the YouTubers, and of the industry to influence them to promote their products.

Such are the kinds of challenges of the media world looking to 2018 – social media, traditional media, crowdsourcing, user generated content, new distribution channels and new business models coming together to create new value chains and even new forms of content.

More signs of this new world include:

New media is more than just a means of entertainment and knowledge sharing, many people spend more time engaging with new media than with any other daily activity except perhaps sleeping, having become the most important way we interact with each other and collectively. At the same time we are beginning to see new technologies for dynamic content creation and interactive, shared consumer experiences, enabled by context-aware computing, wearables, ever more powerful gaming and 3D engines. As well, given the proliferation of content on the net, much of it for free, new business models beyond advertising and pay-per-view are needed. These factors taken together lead us to the new economy of data - monetization of user data at both individual and collective levels. Enterprises across all market sectors must embrace new media as essential part of their go-to-market strategy.

Online media is not just a different distribution platform, the nature of the content itself is changing. This has profound implications all through the value chain, from content ideation and creation through to consumption. Traditionally media has been based on linear narratives but now interactivity, context and user/viewer behaviour can allow for different experiences for each user, allowing narratives to evolve and change in response to implicit or explicit real-time feedback, social network analytics and changing context which will even include user biometric information via wearables. By 2018 we will see radically new ways of experiencing media, built around narrative forms that have as much to do with gaming as they do with traditional linear story-telling.

Data analytics are radically changing the media industry – profound knowledge about your audience allows for both extreme personalization and better strategic planning. More importantly, it allows for new monetisation models built around content and personal data. Application of analytics to dynamic media content enable marketplaces built around content where both the creation and consumption of content has associated value. As well, wearables will provide real time biometric information about consumers, indicating emotional and physical responses to media with this also input into the monetization process, leading to dynamic, ultra-personalized, embedded advertising.

The recent announcement, and limited demoing of the Microsoft HoloLens, shows just how hard it is to predict device and HW evolution. Google Glass? iWatch and wearables? Magic Leap? Oculus Rift? HoloLens? What is clear is that by 2018 the way in which we interact with media will have changed radically.

The future of media sees broadcasting, IP, social media, virtual worlds and gaming all converging to produce social, informational and entertainment hubs where we can share collective experiences of content and stories personalized for us not only based on our preferences and past actions, but on our current emotions and feelings and interactions with others. At the same time all of this data and content being generated leads to the double edged sword of fantastic new business opportunities and potentially unacceptable threats to our privacy.