Implementing Bring your own – don’t forget your race day tactics…

Bring Your Own (BYO) device is one of the hot topics of 2012. I have friends and family (who mostly don’t work in IT), asking me about this BYO idea that they have heard about via the coverage it has had on mainstream news sites (good and bad). Then they tell me how they can get their email or access to work files or applications from their own device. 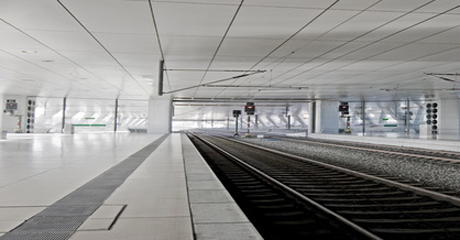 I try to avoid talking about work when outside of work, but this is a topic that is shaping up so many workplaces across the world, that I can’t help but ask questions. What do you use? Typically the answer is an iPad or iPhone, but some also tell me how they can get their work desktop on their home pc via some form of magic (that those in the IT industry call a hosted virtual desktop). When I ask if they are allowed to do it, the answer is almost universally a vague “ummm, don’t know… but it works…”

Now BYO is not new, with forward thinking organisations having done it in some form or another for the last few years, but the wide availability of mobile devices today means it’s now more talked about than ever and typically without full clarity about what is and isn’t allowed. So what does an IT organisation need to do it to enable a scheme and prevent the viral spread of unknown devices connecting into the corporate network? The answer in its simplest form is an obvious one, it is all about creating and implementing a clear plan, that covers the scope of BYO end to end.

Part of the plan should be the technology solutions such as mobile device management or enabling access to business applications and data securely. These technologies give back some control to IT without impacting, encroaching on personal privacy or over complicating the daily user experience. Too complicated a plan and it will be difficult to implement and show benefits from the effort and investment made. Too simple and you might not deliver all of the security features required to secure the business.

In an Olympic marathon, the winner isn’t just the best athlete physically, but the one who has the best strategy and tactics to cope with the scenarios that arise on race day. Think of the level of technology deployed as the athlete’s fitness, essential to be competitive, but on its own not enough to succeed. It is the other elements that make up a winning athlete, the preparation; the mental preparation, the game plan and it is these that make the winner cross the line first. Critical to success of BYO is the non IT aspects. The focus on aspects of BYO like HR, taxation and security policies to make a scheme successful, definitely don’t leave these until you are on the start line. Make it clear to the users what the rules are, what is and isn’t permitted. Ensure they know the plan and agree to play by the rules.

IT department must work with users to understand all eventualities and be ready to react quickly when something unexpected happens. This is the difference between a good scheme and a winning scheme. Often a clear policy can enforce a change in behaviour as well as a technology, removing the vagueness from users. Be prepared to change the plan as you learn and find out more about the needs of different areas of the business. The beauty of Olympic sport is that no two athletes are the same and no two race outcomes are ever identical. This beauty in sport is the challenge of a BYO scheme, which is as personal as corporate IT becomes; no department or employee are ever the same.

'Bring your own device' is made by Trendmatcher

About James McMahon
View all posts by James McMahon
VP, Head of Atos Digital Workplace and member of the Scientific Community
James is Head of the Atos Digital Workplace Practice boasting 10+ years’ experience of IT product management, strategy and solution architecture, targeted at enterprise customers. James is excited by developing and delivering transformational service offerings for enterprise customers, improving productivity, user experience and enabling new ways of working through cost effective services, including cloud, mobility, application & desktop virtualization, workplace as a service and BYOD solutions. Regularly meeting and working with customers (up to and including CxO level) is a key part of his role. He’s also a blogger on the Atos Ascent blog and member of the Atos Scientific Community for 5 years.