How you and I do it differently 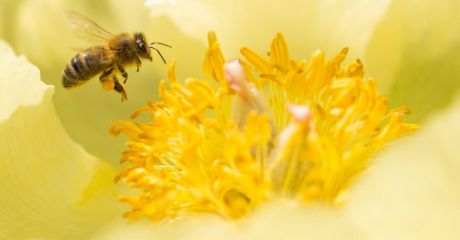 I’d like to share my favourite poem. It’s a very personal poem, and I love it because of its power to so perfectly describe two people through a few words about bees.

I am sharing it with you because I think it perfectly captures the dynamics of industry today. As a society, as a rule, we used to take our time. We had an idea, we thought about it, we wrote it down, bounced it off a few people, did a feasibility study, worked out how we might create it, got lots more people to think about it, maybe built a prototype, worked out the engineering, built a business case, a commercial model, a marketing plan. And eventually, we launched it to the market. It took years.

Now it doesn’t. Some people just do it . In the world of technology, there is an explosion of creativity around cloud computing, around mobility, around social ... the connectivity of the internet has brought people together and they are finding new and faster ways to collaborate . I’ve written before about “The Age of Transparency”, “The Way we Work” and others about “Open Innovation”. All of it points to an accelerated creation process, together with a far more agile evolution process.

Across both industry and government, this places a strain on decision making and procurement. How do you buy quicker, how do you buy right, how do you know what’s out there in the first place? And how do you find the right balance between “just getting on with it” and doing so in an agreed and considered direction?

We can already see change. Globalisation, demographic change, economic sustainability and trust are megatrends driving the need for an agile response from business, and that response is increasingly enabled by technology – technology that we have already acknowledged is evolving at a faster rate than ever before through the connectivity of everybody and everything.

Those that find a way to hook into that enabling technology in a focused way will thrive. Those that don’t, won’t - overtaken by those that do.

We see it also in Government, the UK Government leading the way with its (third iteration of the) GCloud framework. It is rightly placing more pressure on the traditional IT services and software industry to evolve and work in this connected world – to embrace Digital not only in its technologies, but fundamentally in its associated behaviours too. It is a critical challenge set to us all, to effectively make and sustain that leap.

Unfortunately, across the industry we still see those who remain uncertain, who would prefer to consider more, who are by their nature overly risk averse. Perhaps it is time to rewrite the poem, with profuse apologies to the original poet (my mother) and with a few apologies to those providers of ERP, who we do see recognising the need to evolve from the acknowledged “best practices” of the past.

There is only one future. It requires agility, flexibility and a speed of decision making not typically seen over the last twenty years. At least, that is the future recognised by some of us. Some still haven’t seen the light.