How women shaped the cybersecurity workplace since the 2000s

I recently brought together several of my female colleagues in a video conference. Women with great careers. Women from various generations. Inspiring women working in cyber.

“Hey, ladies, how many times in your career have you been in a meeting where you only saw women on your screen?” I asked.

- All of them answered in surprise, “Uh... never!”
- “I've been lucky enough to see two in a big cybersecurity meeting,” Parvin told us.
- “It happened to me early in my career,” said Kaddi.
- “At cyber conferences, we see more of them than we do in work teams,” Ameni and Paula added.

Still, the female-to-male ratio has increased since the 2000s. Women currently make up nearly 30% of the world's cybersecurity professionals, according to the non-profit organization (ISC). As a human resources specialist who has been working in cyber since 2000, the question I've been asking myself is: With the increasing number of women in the field, has their day-to-day reality changed?

In the 2000s, women had to break into the men’s club to make their mark and succeed. They had to prove that they too could speak and master the cyber language just as fluently as their male colleagues.

- “We had to work harder to get the chance to be considered as part of the team and make sure that our ideas and arguments were considered on an equal footing,” said Annie.
- “It was important not to put to the fore any feminine asset. We had to remain physically sober. And despite everything, when we had a great success, there was always someone who claimed that it was favoritism because we were women,” Cathie remarked.
-They all agreed that having a strong character was very important in order to stand out from the crowd.

By 2015, it was becoming more common to have women on teams. In the Montreal market, I remember noticing which teams and companies had them. Some managers were even starting to ask us to specifically recruit women for their teams.

However, it was important that she was really good. She had to prove herself technically to make the team. Strong character was still the order of the day. After a few months (once the technical proof was in), her male colleagues began to think of her as “one of the boys” and would proudly introduce her by emphasizing her technical abilities.

- “My male colleagues often took the lead and presented me to our client teams as an expert with my knowledge and sharp expertise,” Paula said.
- “I'm not a woman engineer, I'm an engineer. That's how I introduced myself to a team,” Parvin and Tebo agreed.

In 2022, women heading into cyber no longer doubt their competence and place. They know that they will be in a professionally challenging field and that they will have a rewarding career. Today, women professionals are experiencing more support from their male colleagues, including leaders and counterparts.

They can become allies for equal rights by being part of the change and maintaining support through actions and words. Another inspiration for many women is the encouragement they receive from other women in cyber — whose careers are being showcased and applauded by the community.

In 2022, women heading into cyber no longer doubt their competence and place. They know that they will be in a professionally challenging field and that they will have a rewarding career.

I also spoke with Charlotte, a 17-year-old girl studying science. In her classes, almost half of the girls are interested in professions which were largely pursued by boys in the 2000s.

It was hearing about the profession that got all these women interested in cybersecurity. School plays a key role in raising awareness and promoting the field, but female role models also make a big difference. According to Kaddi, “It wasn't the Walt Disney princesses that made me want to study and work in cyber.”

All the women I spoke to agreed that the key to a woman's success in cyber is to showcase her skills.
In talking with this multigenerational group of women, it became clear that the advancement of women in our field has mostly been due to the evolution of how we perceive ourselves.

So, ladies, let's focus on who we are, not what we are. Let's promote our exciting careers in schools, come together through corporate cyber associations (like the Atos Women in Cybersecurity community), and become the kind of female role models that bring more young women into our club. 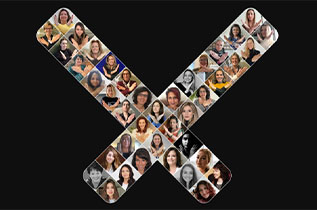 About Marlène Lussier
View all posts by Marlène Lussier
Head of Employer Branding and Engagement - Atos Canada
Marlène Lussier has been working in cybersecurity for 20 years. She is specialized in human resources (CRHA) and is a Predictive Index analyst, which allows her to understand the different challenges within work teams and the different generations involved. She is appreciated for her methodical approach and her ability to understand and popularize human issues for the benefit of executive management, managers, and employees. She also stands out for her understanding of business and for her communication and coaching skills. She is the head of the Corporate Culture and Talent Vice Presidency at In Fidem Inc. (Atos BDS Canada) and holds the role of Head of Employer Branding and Engagement for Atos Canada.

Be the CEO of your career and drive it further
Achieving resilience through supply chain and portfolio management
Data: The sustainable fuel of the future
Scientific communities: Unlocking the value of research