How do we achieve Digital Democracy? Smart Mobility with creative ideas

The engagement of Governments with citizens during the 20th century was performed most effectively through broadcast media; newspapers, radio and ultimately television. I say engagement, but how much engagement does one-way communication foster? Now, well into the 21st century, we have supplemented broadcast mechanisms with two-way interaction using technology; most interestingly through the medium of the Internet.

How do we achieve Digital Democracy? Smart mobility with creative ideas

But we still have a long way to go – much of the population is still disconnected from political debate. It is a challenge that many countries (and Governments) are still trying to address, and an IT challenge that Atos and the National Assembly for Wales are also taking up with 10 universities across Wales. 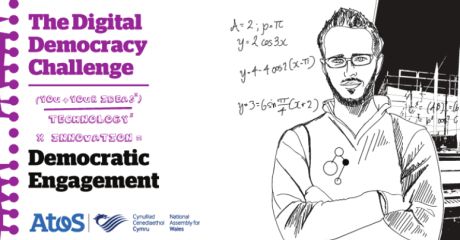 What will be the next step? Surely social networking, smart mobility and the ubiquity of technology will all play a part.

The competition invites students from across Wales to develop digital solutions that will:

• Increase people’s understanding of the work of the National Assembly for Wales;

• Encourage people to take part in the Assembly’s work of making laws for Wales, holding the Welsh Government to account and representing the interests of the people of Wales;

• Provide an easy and effective way for the people of Wales to have a meaningful interaction with the National Assembly.