Great by Choice and the Discipline of the Cloud

Every year we have our Ascent conference on innovation and excellence, with sessions on important trends and talks by inspirational speakers. As a host for our cloud computing session, I also saw the talk by Morten Hansen, who wrote Great By Choice with Jim Collins. What struck me most was one of the key principles that Southwest airlines used to become the most successful US airline over the past 20 years: a key part of their strategy is to only fly one kind of airplane. 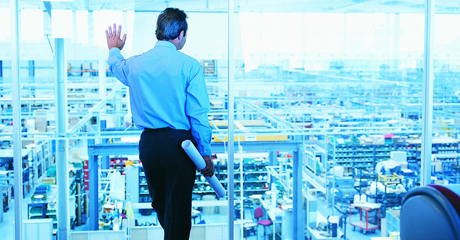 Isn't the key to being an airline being an expert in the different planes there are? How could they have a 550 X performance ratio compared to their industry for a 35 year period? How can they do that without flying the best plane for the different kinds of routes they are flying (small planes for short hops, large planes for longer distances)? Or at least if they only fly one type of plane, then shouldn't it be updated routinely to the latest and greatest, the newest and best? Apparently not. Southwest has maintained the discipline flying one type of plane as an internal standard. They fly only routes where that type of plane can make a profit. They forego a route that moves too far away from what their plane can fly, and they forego the margin that could be made by using a different plane that could serve a route a little better.

Choosing an internal standard in the airline context has some immediate advantages in terms of maintenance costs for the fleet. Replacement parts are always expensive, and the more types of planes, the more replacement parts you need to take into account. It isn't hard to imagine what additional costs arise from logistics, inventory costs and warehouse storage, or partner agreements for emergency supplies. The list goes on.

Another advantage of having a clear standard is that everyone in the company has a clear idea of the business case for a route that is flown. Keeping most of the business model and structure constant means that everyone with a little experience in the company – baggage handlers, stewards, ticket agents – can tell when a route is making money or in the red. It is very clear to everybody involved what is successful and what is working well. And any identified improvements that have to do with the airplane? That can quickly be replicated to all routes.

The third advantage that I spotted is similar to the replacement parts advantage, but going in the oppositve direction: replacement pilots. Commercial pilots must be certified for every type of plane they fly, and also have a minimum number of hours logged for every type of plane. But if you only fly one kind of plane, that means every pilot you have can always fly every plane. If for whatever reason the schedule pilot can't make make his next shift, any one of the other pilots can step in immediately for them, decreasing delays and minimizing any customer impact.

What does this have to do with cloud computing? The more I thought about Southwest Airlines, the more similar it turned out to be. It is not difficult to see how the standardization of cloud computing can bring about dramatic benefits for the companies using it. Take the Software Development PaaS as an example. IT systems have many different software products that need to work together, and since software releases are frequent, there's always a scramble to get the best and most recent versions of everying working together. And each team of developers had their own mix of tools and frameworks, and the beginning of a project always includes people installing these tools, configuring them, hoping they finally work (and hoping they work just like the other team members since differences lead to downstream bugs) so they can move on to the more interesting parts of the job. But with a company standardizing on a development PaaS, the standardization and discipline that this brings is great for the development teams. It is transparent and easy to understand, and improvements on one project can quickly be used by others. And just like the pilots, any developer can be switched to a crisis project and can be brought up to speed immediately without wasting time on setting up and installing tools and then learning those tools. And downstream, the IT deployment teams have less worries since the resulting code is more consistent. You might be giving up some small functionality or there might be a different tool that could do the job slightly better, but simplifying the overall picture has great advantages.

What Southwest has proven as an airline is that instead of focusing on the technology when delivering a service, it's better to focus on the service the customer would like to receive. With cloud computing, you have the same opportunity: to stop focusing on the technology and identify what the key business differentiators you want to achieve actually are. If you are in the IT department, cloud is your opportunity to automate a lot of things - to create those new internal standards - so that you can start focusing on more interesting things that are more directly related to the customer. Granted, you'll need a little more discipline to get this accomplished than perhaps you used to. But who knows, maybe choosing the discipline of Cloud you could be the next company to have 550x performance advantage.

About Jordan Janeczko
View all posts by Jordan Janeczko
Cloud Strategist at Atos and member of the Scientific Community
Jordan Janeczko is the Cloud Strategist for the Global Systems Integration of Atos and a member of the Scientific Community. After graduating from the University of Illinois in Computer Science, he started working for Siemens in their software division in Vienna, Austria. While there, he has worked on many research and development topics– for example in 1992 on collaboration software projects for the European Space Agency, in 1995 on Voice over IP technologies. Staying in the area of new product development but moving to product and portfolio management, in 1999 he started working in the area of the IP-Based Multimedia Subsystem for mobile network providers. Since 2009 Jordan has been helping define and build secure cloud services and cloud integration services, and has been invited as a cloud thought leader to speak at many global cloud events. In the Scientific Community, Jordan is working on Big Data and Cloud Computing, and in GSI he is globally responsible for the cloud computing strategy.