Future Talent – Anticipating the jobs of 2025 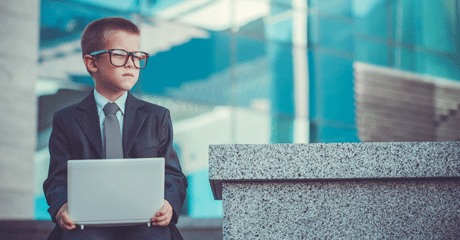 Five years ago, social media interns hadn’t been recruited and Android didn’t have a Donut Developer. It’s difficult to imagine what the new job titles of the future will be but no doubt the third digital revolution, influenced by cloud, big data, mobility and social networks, will profoundly shape the jobs of 2025.

This IT revolution will force companies to re-imagine their corporate structures for the new digital world and many of us will find ourselves with new titles and new managers (Future Talent). Today’s schools are preparing young people for jobs that don’t even exist yet. Take England for example – last autumn, children as young as five began coding, dreaming up their own mini computer games. The curriculum has been developed to focus on transferable skills such as problem solving, maths modelling, coding and writing essays.

Israel became an early adopter of coding within schools and countries such as Estonia, who need to fuel their fledgling tech sector with programmers, also place a greater emphasis on it. These are just a couple of examples where governments recognise that in a globalised world, we need to prepare our next generation of workers for jobs that we’ll discover in the next decade.

Future jobs will require a mix of technology, business and social skills and here are a few examples:

Data Scientist – the Internet of Things is a growing trend that’s taking the data world by storm. There are already over nine billion connected devices on the planet, each of which generates a huge amount of data. Data scientists will be equipped to interpret this mass of information and take predictive analytics to a new level. They will also be able to interpret and read back data digitally stored in artificial DNA (perhaps the only way we’ll be able to store yottabytes of information without taking up lots of space on the ground to build data centres). Nano technology will continue to advance, with a whole new branch of medicine springing up to deal with the rise of implanted technology, as the possibilities of the ‘Internet of things’ encourage more of us to have nano sensors and chips embedded in our bodies. A new swathe of doctors will be born, not only medical practitioners but data scientists accustomed to processing a huge amount of personal health data.

Personal environment designer – wearable technology was firmly on the agenda at this year’s CES, with lots of noise emanating from companies looking to showcase their latest fitness-tracking bracelets, touchscreen smartwatches and heart rate monitors. By the time today’s 10-year-olds are adults, facial second screens will be commonplace, with a new industry developing around them. A personal environment designer could facilitate a health examination by a consultant on the opposite side of the world; enable remote management of equipment; and visualise imaginary environments as downloadable themes, enabling the customer to experience the world as they would like to see it.

Business Technologists – we already have over 86,000 Business Technologists working at Atos, but these individuals will play an increasingly important role as the digital era progresses. With business and technology merging and no longer sitting as separate functions, information technology is shifting towards business technology in organisations. These people have an in-depth understanding of the business needs to foster agility and innovation. Mastering new technologies, pushing boundaries and questioning the status quo, their value in designing new growth models that will underpin our increasingly networked organisations and society of the future is only going to increase over the next decade.

About Marianne Hewlett
View all posts by Marianne Hewlett
Senior Vice President and member of the Scientific Community
Marianne Hewlett is a Senior Vice President at Atos and a seasoned marketeer and communications expert. Passionate about connecting people, technology and business, she is a member of the Atos Scientific Community where she explores the Future of Work and the impact of technology on individuals, organizations and society. She is a strong ambassador for diversity and inclusivity – and particularly encourages female talent to pursue a career in IT – as she believes a diverse and happy workforce is a key driver for business success. As an ambassador for the company’s global transformation program Wellbeing@work, she explores new technologies and ways of working that address the needs of current and future generations of employees. A storyteller at heart, she writes about the human side of business and technology and posts include insights into the future of work, the science of happiness, and how wellbeing and diversity can drive success.