From The War of the Worlds to World of Warcraft 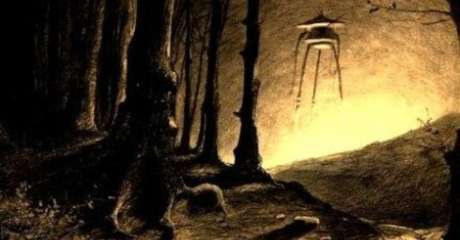 Huge technology-driven changes are reshaping the media industry. In the long run one of the areas most affected by these changes in technology and usage patterns will be in narrative forms – that is, the art of telling stories.

It has been around basically since the invention of language. In the beginning, storytelling was just oral but then something started happening around 15 or 20,000 years ago – people started making cave drawings. So, the clan shaman could now use these pictures as props or as part of the story. And voila – MULTIMEDIA WAS INVENTED! Since then we’ve come a long way – technically, artistically and especially in terms of narrative – poetry, theatre, painting and sculpture (which can also be ways of telling stories), novels, photography, movies, television, role-playing, video games, more and more sophisticated plots, more complex technologies. Yes of course, a skeptic could argue that 30.000 years of artistic and technical evolution have brought us to The X Factor, but at the same time some modern TV (think Tony Soprano or The Wire) has a profundity and depth far beyond what can be achieved with cinema or was achieved in the past in television.

In the last few years it is largely technology which is driving huge changes in how we use media to tell stories, driven by new devices and device use such as second screens and tablets, smartphones and Google Glass. But also new formats, with ever-shorter video (Vine – immediacy - 6 seconds!) and popularization where anyone with a cell phone can be a creator, new forms of advertising, or Youtube channels. Professionals from old media consider most of this output to be poor (and in most cases they are right) but these new forms of media have a freshness and spontaneity that new generations find attractive and are being followed by millions. Just as important, they are outside the traditional media channels and represent a radical change in the structures of the media industry.

But perhaps more than anywhere the new possibilities are being explored is in online gaming and social media - millions of people playing together at the same time, each with their own personal game experience but interacting with other players in real time. The use of social networks can allow us to know what people are thinking, feeling, watching and doing in real time! (See the blog post “Instant Zeitgeist”). 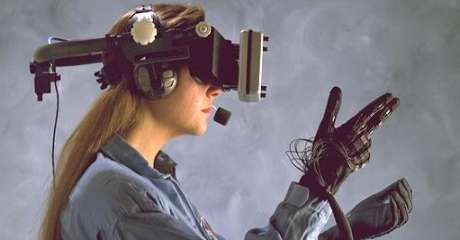 In games like “Gone Home” or “The Last of Us” we can see how gaming is stretching the boundaries of narrative, drama and character. Or Twitter fiction - text-based fiction in 140 character installments - good examples include the @elliotholt mystery or #NYerFiction.

We are now starting to combine the possibilities for shared experiences, instant feedback, extreme personalization, dynamic content creation/adaptation as in gaming. What will happen (is happening!) when we mix all this together?

Just as cave drawings plus a shaman’s chants led to more sophisticated Paleolithic rituals; just as theatre and photography plus some new technology led to movies; could we be the verge of a revolution in narrative, a radical change in how we experience media and how we tell stories?

Along the way, things have been lost as well as found in our changes in storytelling. Nowadays theatre is static and largely one-way. In Shakespeare’s time the audience ate, drank and talked, they heckled the actors, the actors heckled back! Sometimes they adjusted the play to the mood of the audience – it was a shared interactive experience. Orson Wells, with the radio broadcast of the War of the Worlds, live, in real time, had an entire continent together believing that we were being invaded by Martians!

Can we recapture some of that feeling of shared experiences - simultaneously personalize and massify it? Will new media technologies enable us to create something truly new and original?

For a closer look at the technological evolution and changes in the media industry behind what is discussed here please see.