Fans of the future: How connectivity is influencing our experience of sport

In a recent post i looked at how wearables are being used by athletes and their coaching teams to improve their performance. Wearables are also enhancing consumers’ experience of watching their favourite sports stars in action. In a world that’s increasingly connected – most of us check our smartphones at least 150 times a day – being mobile-first has become the norm. From ordering a cab, to checking film times at the cinema and paying for your meal, connected devices are influencing every single part of our lives – and the world of sport is no different.

FC Barcelona player Gerard Piqué – one of football’s biggest stars – has embraced the mobile revolution himself. He is now using live-streaming video app, Periscope, to engage with fans more closely after matches, inviting them to ask him questions and ‘interview’ him themselves. While this hasn’t been without its controversies, it offers one example of how increasing connectivity is influencing our experience of sport. But what do connected fans of the future look like? Here, I explore two scenarios – one in which a sports fan – Nick – is watching the big game from home, and another in which a sports fan – Kate – is in the stadium watching the action live.

Before the big game 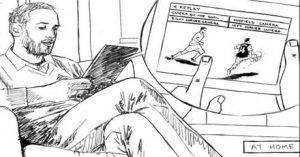 Nick switches on his TV, and uses his tablet to second screen to get real-time information about his team’s line up and pre-match facts, pitting the two teams against each other. 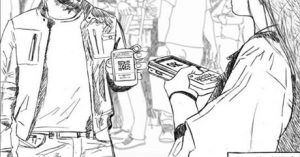 Meanwhile, Kate, on her way to the stadium, checks her smartphone to work out the best way to get there. 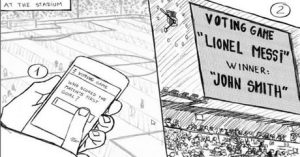 Once she’s decided on a route, she logs into a gaming app, predicting who on her team will score and who will be man of the match.

At home, Nick interacts with other fans on social media, discussing tactics and key moments of the game. 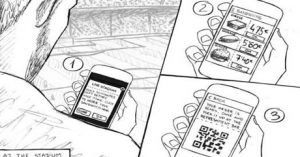 Kate, in the stadium, orders snacks from the bar on her phone, which are delivered straight to her seat. She puts on her smart glasses, which use augmented reality to overlay the players’ names and key statistics, such as their distance covered, goals scored and shots on target, on what she can see on the pitch in real life.

After the game, Nick accesses his team’s official merchandise store on his tablet to buy the new shirt. 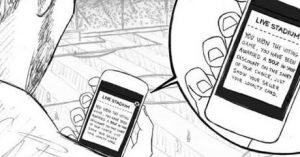 On her way home, Kate checks her smartphone to watch analysis from pundits, as well as the post-match interview with the man of the match.

How to make this happen

While some of these developments may seem a long way off just yet, we are starting to see elements of the connected sports experience infiltrate our stadiums and arenas. However, the dream will not become a reality without the bandwidth sitting behind the infrastructure to support these connected services. Debate continues to rage over who is responsible for providing this connectivity and who should make the investment – the stadium owners, the club itself, the sponsors, or the fans?

Of course, this investment is significant and therefore has to be justified – it’s incredibly costly to provide this kind of robust infrastructure in a stadium that hosts just 30 90-minute games on average each season. The clubs must therefore generate new revenue streams to justify the cost, by transforming their stadium space on non-match days – through guided tours, hiring out the space to other organisations and opening up restaurants, for instance.

The mobile revolution is impacting our experience of sports in ways we wouldn’t have imagined just four years ago at London 2012. To ensure that connected fans of the future are getting the experience they demand however, the onus lies on the major players in the sports industry to strike up relationships with the right technical partners today and deliver every last second of the action.