Watch this space: data-centers may be too hot to handle

Global warming is certainly a topic that the IT industry should care about, especially if you consider the way we contribute to the rising CO2 levels and power consumption. Good news, though; apparently we do already care about it.After his earlier report in 2008, on August 1st, 2011, a follow up report was presented by Jonathan Koomey, a consulting professor at Stanford University. 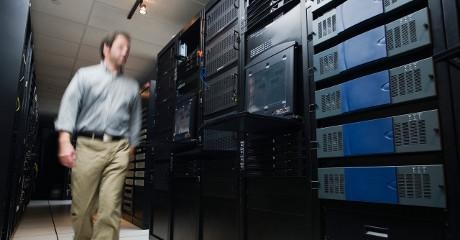 In his latest report , Koomey states:

Still, that is a lot of power and since we can expect a growth in the amount of data-center space, we need to spend considerable time thinking about further lowering the CO2 footprint of data-centers.

A soon to be published white-paper by the Atos Scientific Community, takes an interesting view to the subject.

The authors claim that the two worlds of data-centers and of 'Control and Command' have lived up to now in relatively separate spaces, although:

“… the data-center can be seen as an industrial equipment with processes like electricity management, temperature control, humidity control, physical security, and finally the management of IT equipment themselves…”

After a short description of technology that is deployed in data-centers, it is concluded that:

“…computers kept in the room are not the dumb heaters that the physics rules would describe. They have their own operational rules and constraints, acting at a logical level rather than a physical one, and providing software solutions to manage that logical level. A communication channel between the computers or blades and the Control and Command could be mutually beneficial.”

This introduces a new way to look at datacenters, using end-to-end monitoring to manage the facility as a whole, not as a collection of separate components. The fact that all components interact and should be managed as such opens new ways to bring power consumption under control.

A better future is possible, but a lot of work still needs to be done.