Could data analytics hold the key to safer streets?

Many cities are considering how to extract value from big data, but Eindhoven is one step ahead thanks to an innovative pilot project – CityPulse – that was put forward in a bid to manage a busy area of a city that’s famous for its nightlife. Here, I discuss how the pilot came about and what needs to be done before the system can be rolled out on a grander scale.

At Atos, we have experience of using real-time social media monitoring to detect patterns and insights into how people react to live incidents on Twitter, such as global sporting events. In a bid to extend this work, my team wanted to test which other domains would benefit from this type of analysis. We turned our attention to city streets to create a safer and more sociable environment for visitors and citizens.

Partnering with The City of Eindhoven, the Dutch Institute of Safety and Security (DITSS) and Intel, we chose Stratumseind as the location for the pilot. 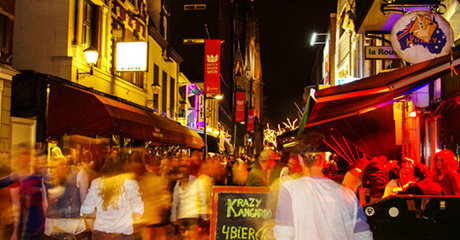 With more than 50 bars and nightclubs and 15-20,000 revellers visiting every weekend, Stratumseind is the longest and most vibrant street for nightlife in the Netherlands. In addition, the five entrances to the pedestrianised street are adorned with cameras and microphones, which feed data in real-time to the police command and control centre in the city. This “on the ground” information was combined with data gathered from Twitter to create a powerful picture of the street and help authorities better forecast and react to situations as they happened.

Two types of alerts were generated by the pilot: firstly, real-time alerts where incidents happening in the moment could be detected, and secondly, predicted alerts where the team of 20 used statistical analysis of social media activity to identify trends and predict where and when events were likely to take place in the future. Using this intelligence, authorities would be able to make informed decisions on any additional action that might be required, putting police into the field, or monitoring a flurry of pickpocket activity for example.

We also programmed the system to report on social media sentiment. However, rather than the typical approach where positive and negative emotions are detected, we trained the system to analyse the text in terms of stress and danger, for a more accurate measure on real-time conditions on the street and whether citizens were safe. 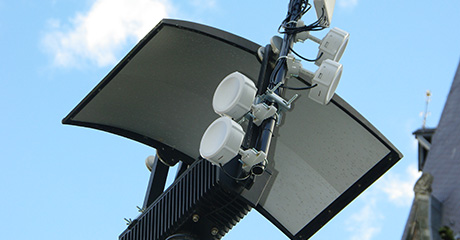 Given the success of this pilot, the team is hopeful that the system can be rolled out across further cities. There are, however, some challenges to address before this becomes a reality. Firstly, CityPulse needs be integrated with the city’s sensor networks to provide a clearer picture of what’s happening on the ground.

Secondly, data storage and privacy must be carefully considered. For the pilot, the publically available data that was collected was anonymised, stored on secure servers and destroyed after completion of the project. However, different rules would apply to the data if the pilot was to go into full production.

At a time when there is pressure on cities to be doing more to protect its people, CityPulse presents a solution that promotes safer environments and helps police resources to be deployed where it is really required. By following these considerations, others looking to use big data to keep their streets safe could produce similar results.