Could space travel with the Proxima Mission hold the key to medical cures back on Earth?

Thomas is the first French astronaut to enter space for almost 10 years, tasked with conducting numerous scientific experiments during his six months at the ISS. The main focus of Thomas’ experiments will be to examine the effects of space flight on the human body; research which could be fundamental in combating a number of health issues back on Earth.

The human body itself is incredibly adaptable, and we see this when astronauts return from space; the changes which have taken place are gradually reversed as the astronaut returns to the atmosphere on Earth. This has huge implications for medical research; if the human body is capable of reversing changes, scientists could use the findings to further cures for diseases or gain more knowledge of the body’s systems and functions.

How do humans adapt to space?

The human body undergoes a number of significant changes when we go into space. From cardiovascular to neurological to muscular, when in space the body is forced to adapt to living in microgravity. One such major effect of long-term weightlessness involves the loss of bone and muscle mass. Astronauts lose up to 20 percent of their muscle mass in the first five – eleven days and lose around one percent of bone mass per month in space. Unlike people with bone issues, such as those with osteoporosis, astronauts generally recover their bone density eventually, which could hold the key to potentially growing new bone.

One of the aims of the Proxima mission is to examine the effects of space on human physiology, by conducting a number of different experiments. One such experiment will see Thomas use the Perspectives virtual reality headgear to understand how the brain adapts to its new environment. The research will help to understand the workings of the human sensory system and how it connects to the other sensory organs. In other words, it will achieve a better understanding of the physiology behind eye-hand coordination as well as shedding light on how to best treat the loss of vestibular function on Earth. Learning more about the human body in space also allows us to gain insights into how astronauts can spend even longer in space – allowing them to go further and explore more. To be able to support this we need to understand what the body’s limits are. As with most physiology experiments, measurements are conducted before, during and after flight to record the differences between living on Earth and in microgravity.

The tech behind the scenes

Behind every scientific experiment is a team ensuring the entire project runs smoothly, and this is no exception. At Atos, we are heavily involved, back on Earth, maintaining the computers and equipment of the ground segment which is connected with the spacecraft, playing a crucial role in ensuring the smooth operation of tech on board the spacecraft. The team is also responsible for ensuring the installation of all computers and software and the security of all of the technology. There are a number of different innovative technologies being used by Thomas and the team: 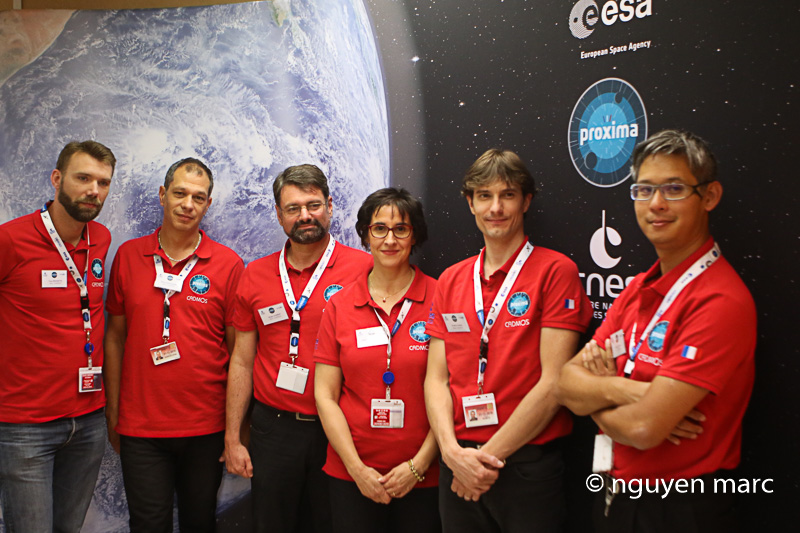 As technology continues to evolve, the amount we can learn from studying the human body, and the way it adapts to life in space, and then back on Earth, is huge. The impact of such studies can have on medical research may prove to be immeasurable in terms of helping to cure diseases and other conditions. With the team, breaking the record last month for the amount of time spent on scientific research at the International Space Station, it’s time well spent.

About Nathalie Baysselier
View all posts by Nathalie Baysselier
Aerospace Consultant
Nathalie Baysselier graduated with a degree in Computer Science in 1991. She started her career as a developer and moved to systems integration and validation, working on more and more complex projects and extending internationally into a multi-organizational and multicultural context. For the past several years, she has also been leading teams as a project manager. Throughout her career, she has worked in two main sectors: telecommunications and aerospace. In the telecommunications sector, she participated in multiple projects for national and international phone operators, on landline and mobile phone networks. In the aerospace sector, she first developed ground segments linked to telecom satellites and to Earth observation satellites. Three years ago, she entered CADMOS where she studied the world of human spaceflight. She is now part of a 6-person team working at CADMOS and involved in the Proxima mission.