In a previous blog post I issued a CIO “call to arms” in support of the Computer Science curriculum. The reboot is now in progress.

Many of us (over 500,000 people I understand) have now received our first Raspberry Pi computers. In fact I have two – in recent weeks (at least in the UK) we have been permitted to submit our second orders. 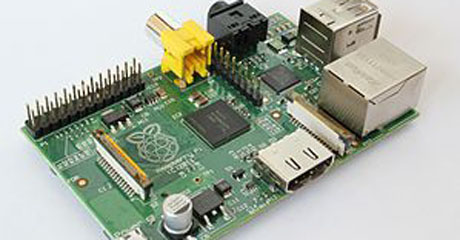 So there is now some feverish groundwork being done to build up ideas, skills and capability in support of what we hope will be a catalyst for the next generation of Computer Scientists, programmers and … inevitably, CIOs!

A number of user groups are springing up across the country. These hacking sessions are appropriately termed “Raspberry Jam”. There are also many resources online, and publications such as The MagPi are bringing together news, articles and tips for those that like the magazine format.

My next door neighbour’s 8-year-old, Kai, popped ‘round the other day to see if my lad was about. Alas Sam wasn’t in but I took the opportunity to show Kai the Raspberry Pi linked up to some LEDs (via a GPIO interface which is built into the Pi). We tinkered with some Python code to change the order in which the lights were being lit, and then played with some other educational software (like Quake 3 Arena, which has been compiled for the platform). He must have enjoyed the learning experience as he popped around the next day to ask about Quake again.

The Pi is based on a Broadcom chip which contains ARM processor, memory and GPU. The operating system of choice is Linux, which one installs on an SD card that is then plugged into the device. People have been working on a number of distributions – the most popular ones at the moment are based on Debian. “Raspian” is particularly interesting as all of the packages have been compiled to take advantage of the ARM floating point hardware which speeds up some elements of performance. It’s also possible to overclock the processor for the adventurous.

This really is an exciting and open platform. It is so easy to set up that it could well lead on to other uses; not just for its primary education purpose, but for a range of “Internet of Things” applications. I am already using the Pi with wireless WiFi connectivity using a tiny USB dongle; a camera module is on the way (the Pi has a couple of headers on the board for future hardware options) and the are several options for turning this into a full-on M2M (machine to machine) device with 3G and GPS modules (USB connected, or using a UART).

If you’re interested in hearing future updates on this topic do let me know by posting a comment, and I’ll be encouraged to share what I (or we within Atos) do with the platform next.