“Watch this space: Cloud Orchestration and your interoperability strategy”

Life for a CIO or CTO used to be complex. Then came Cloud Computing. Now life is even more complex. 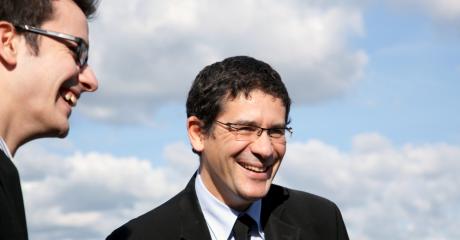 A year ago the Atos Scientific Community published a whitepaper on Cloud Computing. In the paper the concept was explained and we predicted that interoperability among clouds was going to be a major headache. The paper also showed the result of a proof of concept in which we connected multiple private and public clouds to perform a single business workflow.

The hypothesis of the paper is that organizations will end up with multiple cloud environments:

“This will be driven by what is most fit for purpose for any given application (or part of it), based on an SLA trade-off between cost and business criticality. The corporate application landscape will therefore also fragment into those layers and into many business processes, requiring access to multiple applications and data connections that will need to span those layers. Unless enterprises consider these implications in advance, they risk building a heterogeneous IT infrastructure, only to discover that their key business processes can no longer be plugged together or supported.”

I think the authors (full disclosure: I was one of them) were right in their assumption and the situation nowadays is not any better than 1 year ago.

There are a couple of reasons I wanted to bring this to your attention again. First because the paper has been re-launched on www.Atos.net , secondly because the paper has been accepted as a submission to the yearly Internet conference WWW2012 (www.www2012.org ) and thirdly because on February 10, 2012 the United Nations announced they will take initiatives to “Aim for Cloud Interoperability”.

At least for me this was a surprise as I saw the UN mainly as an intergovernmental body looking to create lasting world peace. But if you think this through it actually makes sense. The UN’s International Telecommunication Union (source: www.itu.int) “is committed to connecting all the world’s people – wherever they live and whatever their means. Through our work, we protect and support everyone’s fundamental right to communicate.”

And there is a lot more on vision, collaboration, achieving standards etcetera, etcetera.

During the January meeting of the Telecommunication Standardization Advisory Group an initiative has been taken to start a study on this subject of cloud interoperability. Apparently this was done on request of “leading CTO’s” to “investigate the standardization landscape in the cloud computing market and pursue standards to lead to further commoditization and interoperability of clouds”. (Source: ITU-T Newslog January 17, 2012).

This is good news and it is not the only initiative that came out recently. The Organization for the Advancement of Structured Information Standards (OASIS), previously known as SGML OPEN, has started a technical committee on “Topology and Orchestration Specification for Cloud Applications” (TOSCA) aiming to make it easier to deploy cloud applications without vendor lock-in, “…while maintaining application requirements for security, governance and compliance” (source: www.oasis-open.org/news/pr/tosca-tc). The newly formed committee is supported by vendors like CA, Cisco, EMC, IBM, Red Hat, SAP and others.

In addition I recently Googled “Cloud interoperability” and when filtering for the last month, I got about 60.000 hits, so I can say that the subject is very well alive on the internet.

The point of all this? I firmly believe that in addition to your cloud strategy, you need to have a cloud interoperability strategy. You need to be aware of emerging standards and you need to talk to your vendor about it. It is inevitable that some parts of your business will be run “in the cloud”; nowadays it is not only important how to get there, but also how to (securely) stay there while maintaining the flexibility to move around, interconnect your processes and still take end-to-end responsibility.

Like I said at the beginning. Life gets more complex.

VIEW ALL POSTS BY Paul Albada Jelgersma
Global Head Atos IoT Solutions and member of the Scientific Community
Paul has over 30 years of experience in running IT and business programs; including managing large teams of IT and other professionals. Paul is a founding member of the Atos Scientific Community. In his day job, he focusses on developing and delivering Internet of Things Solutions for our customers. Paul likes to work with Virtual Teams in the new way of work. He dislikes email as a chat and document-management tool. He occasionally writes articles and publishes at his own blog. Paul is married and has 2 children. He lives near Amsterdam, The Netherlands. He likes to travel, moderate hiking and watch Netflix series.

How to modernize your digital workplace with chatbots, virtual support, and more
Digital twins drives industrial decarbonization
How to re-energize to combat pandemic fatigue
How crisis will foster the transition of manufacturing companies