Bringing Augmented Reality to the Everyday

Is This the Real Life? Is this Just Fantasy?

Although a relatively new trend, it’s not hard to imagine augmented reality (AR) becoming a crucial part of our day-to-day interactions with technology. AR has the potential to be applied to a broad spectrum of industries – from home entertainment (including gaming, audio or film) and social media through to manufacturing and R&D. And the opportunity is huge, with tech advisors Digi-Capital projecting that the market would hit $90bn by 2020 – with the technology likely to be adopted into mainstream use as early as 2017.

Firstly though its applications are new, AR is not itself a wholly new technology. Having evolved from simple bar-code reading, the technology has moved through several stages until it can now fully recognise, and add to or enhance, an existing environment. 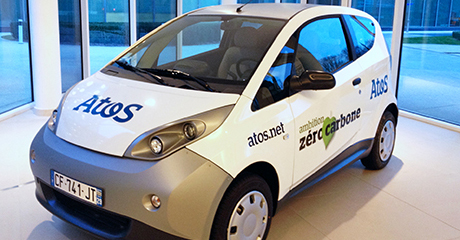 Although AR is perhaps most easily recognised for its work in entertainment – including the Theatre in Paris - it is already being used by a number of forward-thinking companies. Notably, Bolloré Bluecar – working with Atos – has developed the first AR application for its electric car sharing service. Using AR, the app superimposes virtual elements on to real-world images, in real-time. Customers can access maintenance information on the car itself, looking at everything from its electric battery to their reservation details. Users can immerse themselves in a new environment, transforming their experience of the service.

Hyundai also demonstrated the power of AR in the automotive sector, wowing crowds earlier this month at CES with AR owner’s manual. Running on a smartphone or tablet, it uses the in-built camera to overlay text onto the car’s mechanics, whether that’s under the hood, in the boot, or inside the trunk. It then offers tutorials on regular maintenance issues such as changing the oil or topping up water levels.

Of course, these are just two examples of AR’s potential. With AR headset coming increasingly close to market adoption – especially in the B2B sector - we will soon see AR being used in healthcare to show a patient’s vital signs to a surgeon or in logistics to tell a warehouse worker which boxes need to be moved. Headsets could be used for mechanics repairing construction equipment or missiles engineers who are testing the artillery.

It’s easy to imagine the technology being used to revolutionise conference calling, with meeting participants being projected into the room. Even in a simple office environment, AR offers the opportunity to clear our desks of clutter – no paper, no hardware, just representations of files that can be ‘physically’ manipulated by users. The user experience can be dramatically simplified and made far more intuitive. You want to delete a folder, simply ‘throw’ it in the bin. You want to sort files in a new way, simply ‘pick’ them up.

AR can then be linked with other innovations to further transform the work place. One common problem, working with geographically dispersed teams, will no longer be an issue. Thanks to projects such as Skype Translator, which delivers voice and instant messaging translation between languages, all barriers to communication or collaboration will crumble. Powered by Microsoft Translator, the service uses deep, neural network-powered machine learning speech recognition, and is the result of decades of work by researchers to bring real-time speech translation to live. Already, Skype Translator offers speech-to-speech translation between English and Chinese, Italian, and Spanish, as well as Instant Messaging translations across 50 different languages.

With the potential to bring untold numbers of innovative ideas to life, it’s clear why AR is such a big topic for today’s organisations. And with businesses looking to enhance the way they interact with ever more tech-proficient customers, we can expect the industry to move forward, fast.

Read more about how augmented reality is already being used to bring culture to life at the Theatre in Paris project.