Bepicolombo is Europe’s first mission to planet mercury, and Atos is part of it

The planet Mercury, named after ‘the messenger of the Gods’, is the smallest and one of the least understood planets in our solar system. Only two other missions have explored Mercury – Mariner 10 in the 1970’s and the MESSENGER orbital probe thirty years later. These early missions helped map much of the surface of the planet, as well as discovering many interesting facts about Mercury:

These first two pioneering missions to Mercury both eventually ran out of fuel and therefore ceased practical operations. But many puzzling questions remained to be addressed about Mercury, which led to the BepiColombo project, being humankind’s third space mission to Mercury.

According to the European Space Agency (ESA), BepiColombo has been designed to provide the measurements necessary to study and understand the composition, geophysics, atmosphere, magnetosphere and history of Mercury. In particular, the mission has the following scientific objectives:

On October 18ththe European-Japanese BepiColombo mission blasted off on an Ariane 5 rocket heading to Mercury, a voyage that will take several years to reach its celestial destination. This mission is unique in that it will spawn two orbital modules circling Mercury – one exploring its physical surface and composition, while the other exploring its exosphere, auras and magnetic fields. To view a time-lapse video of the assembly, preparation and blast-off of the BepiColombo, click here.

But before a satellite blasts off to orbit, it is essential that all the satellite’s vital systems are tested thoroughly while it is still on the ground. Given their experience in offering an entire range satellite testing solution, Atos was selected as a partner in the preparation and testing prior to blast-off. Atos EGSE is the name of the comprehensive suite of electrical satellite testing solutions which were used for the BepiColombo mission.

Without ‘bullet-proof’ radio sub-systems, the satellite is unable to communicate and cannot complete its mission. To make sure this never happens, Atos tests and calibrates their radio frequency sub-systems with an industry-leading degree of precision using ‘ranging’. Ranging is the determination of the position of a spacecraft using the RF communication signals. 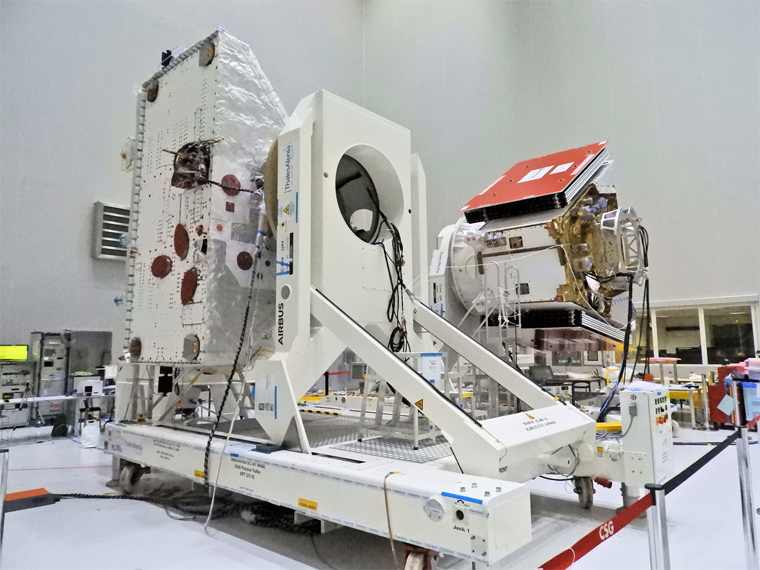 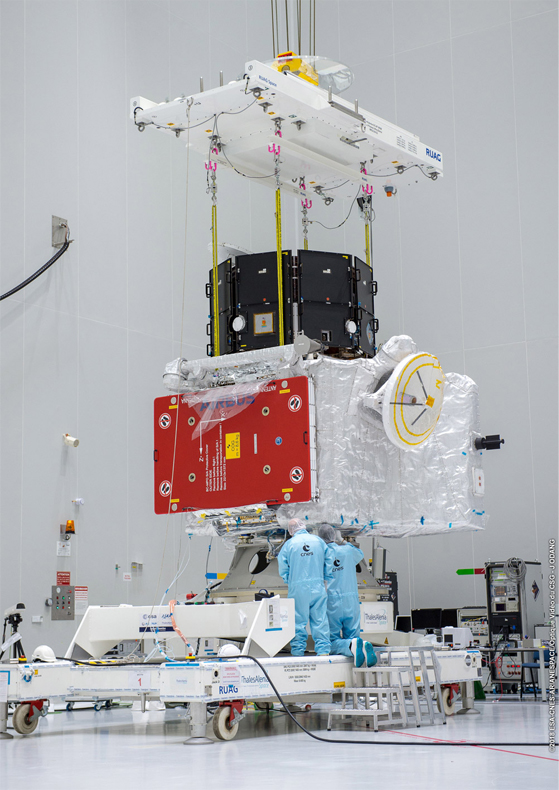 A multi-year trip needs power optimization in order to endure the distance – a satellite vitally depends on a power supply and distribution. Atos provided the solution to test the powering, monitoring and performance of the satellite’s power subsystems during assembly and integration, as well as on the launch pad just prior to lift-off.

For BepiColombo’s mission, orbiter solar arrays were deployed to run simulations. They are integrated very tightly with the satellite. The Atos system tests the power to the satellite while it is integrated and proven on the ground in the cleanroom, and in a vacuum chamber. The testing also allows synchronous event data recording across all measurement channels for quick analysis of any suspicious behavior. 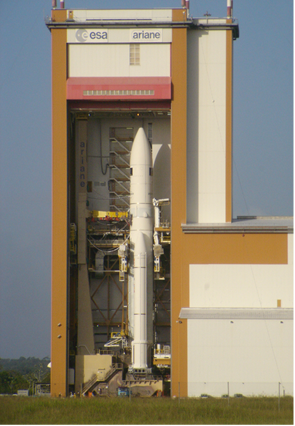 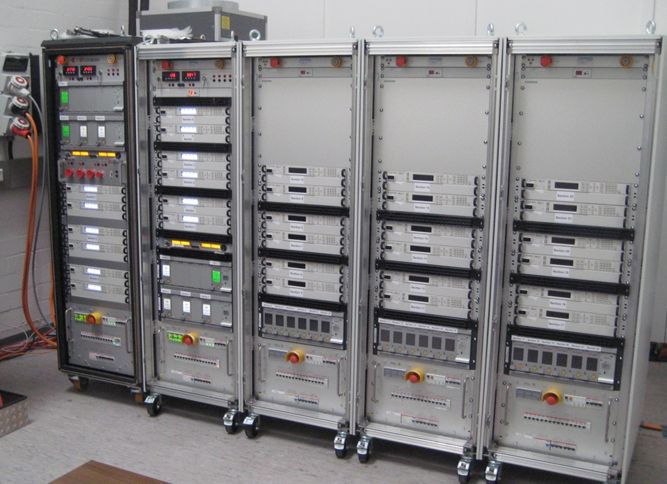 The so-called ‘RF Suitcases’ are used to check compatibility and simulate the basic characteristics of the command and orientation data of the spacecraft with the ground stations. The satellite testing system is traditionally called an RF Suitcase, because it should be able to travel to test locations and contains space qualified hardware.

Atos provided a comprehensive suite of electrical satellite testing solutions to ensure that the satellite’s radio, payload and power sub-systems are in perfect condition at launch-time in order to work flawlessly during their entire lifespan in-orbit. 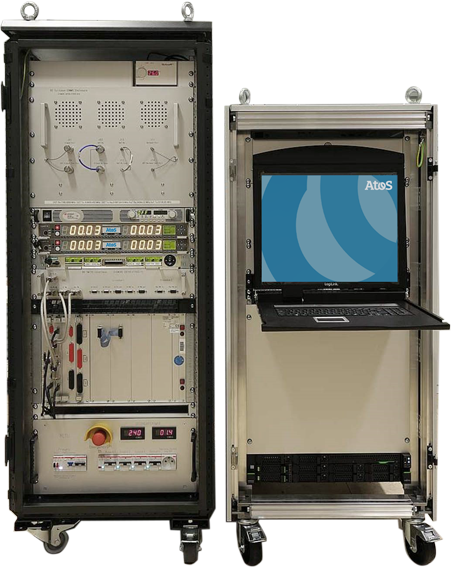 By all accounts, these vital testing procedures were successful in preparing for launch readiness. “All went well obviously, and we are very happy to be part of this mission”, says Hermann Wolf, Project Manager of Atos. "We are very pleased with the performance of BepiColombo and proud of the work of all teams who made such a challenging mission a reality", says Ulrich Reininghaus, ESA BepiColombo project manager.

About Hans-Martin Steiner
View all posts by Hans-Martin Steiner
CTO Space & Avionics
Hans Martin Steiner is currently CTO of Space & Avionics at Atos IT Solutions and Services GmbH Austria and as such responsible for the global product and solution portfolio of the space and avionics business activities of the multi-national Atos company. Hans is a Computer Scientist by education. His professional career started in the late eighties in the telecom sector. Soon after he switched to the newly formed Space Business Unit of Siemens. He had various management posts at Siemens in the space domain, particularly, he was several years on-site manager of Siemens space activities at ESA/ESRIN in Frascati/Rome. In 2007 he took over the position as Director of Siemens Space and in 2013 he became Vice President of Siemens Space. At the same time Siemens Space and other units were carved out of Siemens to become Siemens Convergence Creators, a 100% subsidiary of Siemens. In 2018, after the acquisition of Siemens Convergence Creators by the Atos Group, Hans assumed his current CTO position. Hans is Managing Director of Austrospace, the Association of Austrian Space Industries, as well as a member of the Advisory Board of the Austrian Research Promotion Agency (FFG).