Back from the Leading Edge: Notes from CES 2016

Although well known as the premier showcase for the latest and greatest innovations, this year’s CES has surpassed itself, offering a glimpse of the future technology. Compared with the show’s inception back in 1967, CES now bears the fruit of a radically different technology market. 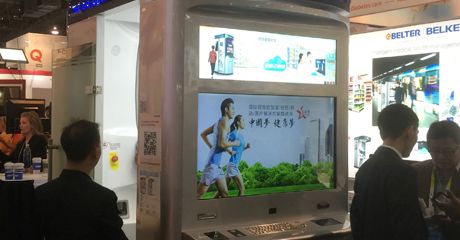 The rate of change and advancement is like no other time in human history, with new products being conceived, brought to market, and adopted by the mainstream faster than ever. Our relationship with technology is becoming more complex and intertwined; wandering round the exhibitions was a genuinely exciting experience.

And with technology such a mainstay in our everyday lives, investors are ready to capitalize. Investment in the sector is booming, and where once raising the first few million was a real challenge, venture capitalists are now far more likely to take a chance on new ideas. Once you can get to the market, you can start disrupting. Everyone has to move quickly, even those at the leading edge; if you lose the pace then it doesn’t take long before you’re out of the game completely.

CES also offers a great insight into some of the major differences in how new technology is developed across the world. Although everyone is competing for the same global market, the skills deployed and strategies used to reach it vary enormously. The USA, for example, has a much higher tolerance for failure than the European or Asian markets. In North America, failure is not seen as an end, but simply a learning point. On the other hand, Asia is willing to offer much heavier investment than other regions – injecting large sums of capital into new and exciting projects. It also has a much higher priority on using data to provide insight that can then be applied to the development cycle.

The global market has also offered a significant change in how we measure success. During the show we noted many weird and wonderful apps, often with highly specified and niche use cases. While it’s unlikely that these solutions will ever capture a full market – one such idea was an app to help people book in haircuts between business meetings. By being delivered globally, they now have the opportunity to find a substantial audience. And once they have a user base, the developers can look at how the app is being used and begin to refine and optimize the product while starting to monetize the collected data.

What’s next for Tech?

Together, we have compiled a short roundup of the most exciting and innovative developments at this year’s show – ones we believe will have huge repercussions for the way we operate businesses, and the way we go about our daily lives:

Though they may have been written off in many quarters as a consumer plaything, drones are starting to be considered as a valuable tool for businesses – especially in the utility industry where they can offer comprehensive overview of an organization’s assets and infrastructure.

It was interesting to see that drones would be offered via an as-a-service payment model, the latest sector to follow the ever-popular cloud approach. Another symptom of the incredible rate of change in technology, it seems that businesses are now keen to keep the total cost of ownership as low as possible and avoid heavy investment in tech that could soon be obsolete.

The healthcare and wellbeing market also was one of the most active at the show. With an emphasis on personal connectivity, there were hundreds of new ways for consumers to save time and money while enhancing their lives. From Fitbit’s latest model - now with 50 built in sensors to monitor the health of a user – through to Kolibree’s connected toothbrush, which uses gamification to help children brush their teeth properly while at the same time collecting data for their dentist and actuaries.

Our personal favorite, the advances in the automotive industry were simply amazing. You can read more about the demonstrations of autonomous cars, electrification and in-car infotainment from our colleague Matthew Bingley.