Posted on: October 31, 2014 by Dominique Hallouard

The Rosetta Space Mission is gaining ground on its target and is now orbiting within just 10 kilometres of the Churyumov-Gerasimenko comet. You can catch up on the progress of the Rosetta Mission in our interview with Atos Consultant Laurent Peret.

With less than a month until the landing (scheduled for 12th November) – Philae, the landing craft, will hopefully become the first robot to make a soft touchdown on this extraordinary comet. We spoke to Dominique Hallouard, Atos Planning Engineer for Scientific Operations, about her experiences on the project so far:

“For me, the Rosetta Mission is one of the biggest projects I’ve ever worked on and although it is exceptionally interesting work, it’s not without its challenges. When we set out so many of the factors and parameters were completely unknown: everything from the form to the density and texture of the comet was a mystery; we had to plan for any and every eventuality. When it comes to the actual landing, we’ll also need to be on standby in case of last minute changes to the experimentation schedule.

“The teams at CNES , DLR and ESA have worked hard to start piecing together the information that is essential for landing, everyday we’re making new and vital discoveries that help us to adapt the mission plan and ensure we reach our scientific objectives. 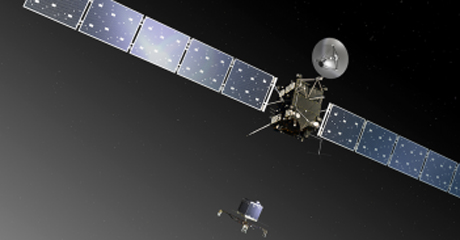 “Each element of the mission requires specialists and Atos has also supplied many key members of the ground team.Working closely with the Systems Administrators has been crucial – responsible for maintaining operational conditions, including the network, hardware, software, audio and video function – the success of the mission often centers on the work of the ground team at SONC (Science Operation & Navigation Center). Importantly, the team has worked on this mission for the last nine years and they understand the technology better than anyone.

“We’ve had numerous triumphs so far – waking the orbiter from hibernation, seeing images of the comet for the first time – but I believe the most exciting part is yet to come. Landing the laboratory of analysis on a comet will be huge and is going to yield some of the best discoveries yet, telling us more about the comet’s nuclear structure, its mineral and chemical composition as well as confirming if it contains any organic components. 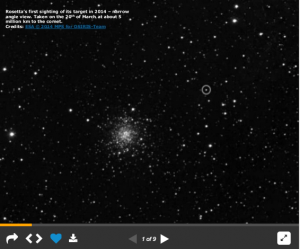