Carbon conscious companies have already decided for severe restrictions in several domains : company car not to exceed 120 g of CO2 , Vidieo conference to substitute to travels. Country taxation have, in certain cases, helped to take the right decisions by imposing heavy taxes. But ... there is a domain when the impact on carbon footprint is not yet understood ( may be because appropriate taxes have not yet hit us) : Internet practice. ADEME ( the French agency for energy control) has published last week a report which is likely to surprise many of us. To measure the impact of Internet on CO2 emission, the agency is taking into account energy consumed in PC, data centers and printers in our mail practices. They have used the case of someone sending 20 mails per day with an average size of 1 Mb with an archiving of one year and PC life duration of 4 years; their calculations show a footprint of 20 g CO2 per mail plus 6 g CO2 per copy. Our user will send 6000 mails in a year generating 12 Kg of CO2 the very same footprint that his ecologic car emitting 120g CO2 produces driving 1000 KM. 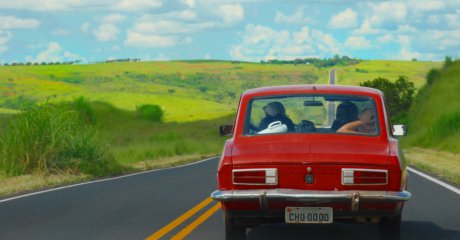 Should companies pay taxes for excess mail usage as they do for company cars exceeding 120 g CO2/ km?

High Court in France has canceled last week a tax to compensate reduction of electricity consumption As mention in an early blog ( Regarding Google stopping its Power Meter service), when energy becomes expensive and scarce , acting to reduce energy consumption especially at peak time is essential. Several companies have started to distribute energy boxes which are able to reduce temporarily electricity consumption to limit peaks. Electricity savings are therefore possible helping the grid to absorb the peak. Seen from the consumer , it translates into a 15 % saving on electricity bill. The Electricity regulation authority pushed by Electricity Producers has proposed a tax for the benefit of the producers and at the expense of the user (a part of the 15% saving).The electricity producers were arguing that this peak absorption was reducing their revenues and therefore they should be compensated. Fortunately the tax has been cancelled and the business of Energy Box has a chance to succeed.

UK is showing the direction to the world in committing for Carbon Budget beyond 2020 Chris Huhne UK minister for Energy and Climate Change has recently pushed for UK to commit for a carbon budget for the period 2023-2027 beyond the already taken European commitment to halve CO2 emission in between now and this time. He is rightly explaining to opponents-stating that it is not the right time and that growth will consequently suffer- that deciding the objectives early enough is creating a safe ground and allows sustainable companies to succeed. I have always been intrigued that CO2 emission were seen differently on both side of Atlantic Ocean. Europe is disconnecting the savings due to energy consumption reduction and CO2 emission regulation. US is primarily interested in energy savings translating in cost reduction, CO2 emission being a mechanical consequence of energy savings. As always in economy, value is a matter of consensus which can be either observed “ex post” or decided “ex ante”. UK is showing to the rest of the world another way to look at it.

What has sometimes been called Green IT is dual face: Green for IT which should push us to send less mails (or at least to reduce unnecessary copies) and IT for Green where energy boxes and smart grids will play a key role. While commitments have been taken especially in Europe, the economic background is still ambiguous and the use of taxes to accelerate the process may prove counterproductive, if common sense is missing( as it was the case in France for the tax on energy box). It is time to take bold decision as UK is doing by committing beyond 2020 : innovation will find its way if objectives are clearly stated.