Atos, a global leader in digital transformation, today announces, together with GENCI (Grand Équipement National de Calcul Intensif) , the winners of its scientific competition, the Atos Joseph Fourier Award 2018. The award aims to accelerate research and innovation by rewarding projects in the fields of numerical simulation, and for the first time this year, in the fields of AI, and quantum computing.

The ceremony, presided over by Philippe Vannier, Group CTO, EVP Big Data & Security at Atos, and Philippe Lavocat, GENCI CEO, unfolded in the presence of many representatives of the French scientific community, researchers, engineers, and entrepreneurs.

The jury, which is made up of independent industry figures from the French scientific and industrial sectors, awarded the following winning teams:

At the ceremony, Philippe Vannier, Group CTO and EVP Big Data and Security at Atos, said: "In celebration of the recent 250th anniversary of the emblematic French physicist Joseph Fourier, it’s fascinating to see such high quality ventures in the fields of HPC, AI and Quantum Computing. I want to congratulate all the scientists and researchers for their hard work and innovative ideas which will revolutionize the economy of the future. At Atos, we thrive on pushing the boundaries of science, and it is with pleasure that we reward and support these international-scale projects.’’

Philippe Lavocat, CEO of GENCI added: ”As a member of the jury, we analyzed more entries than in previous years and of a very high scientific quality, in the HPC category, but also in IA and quantum computing. By being part of the Atos Joseph Fourier Award, GENCI wants to not only highlight those scientists who are presenting world-renown research excellence, but also to offer French researchers access to GENCI supercomputers, in order to enable them to make advances in science and meet societal challenges.” 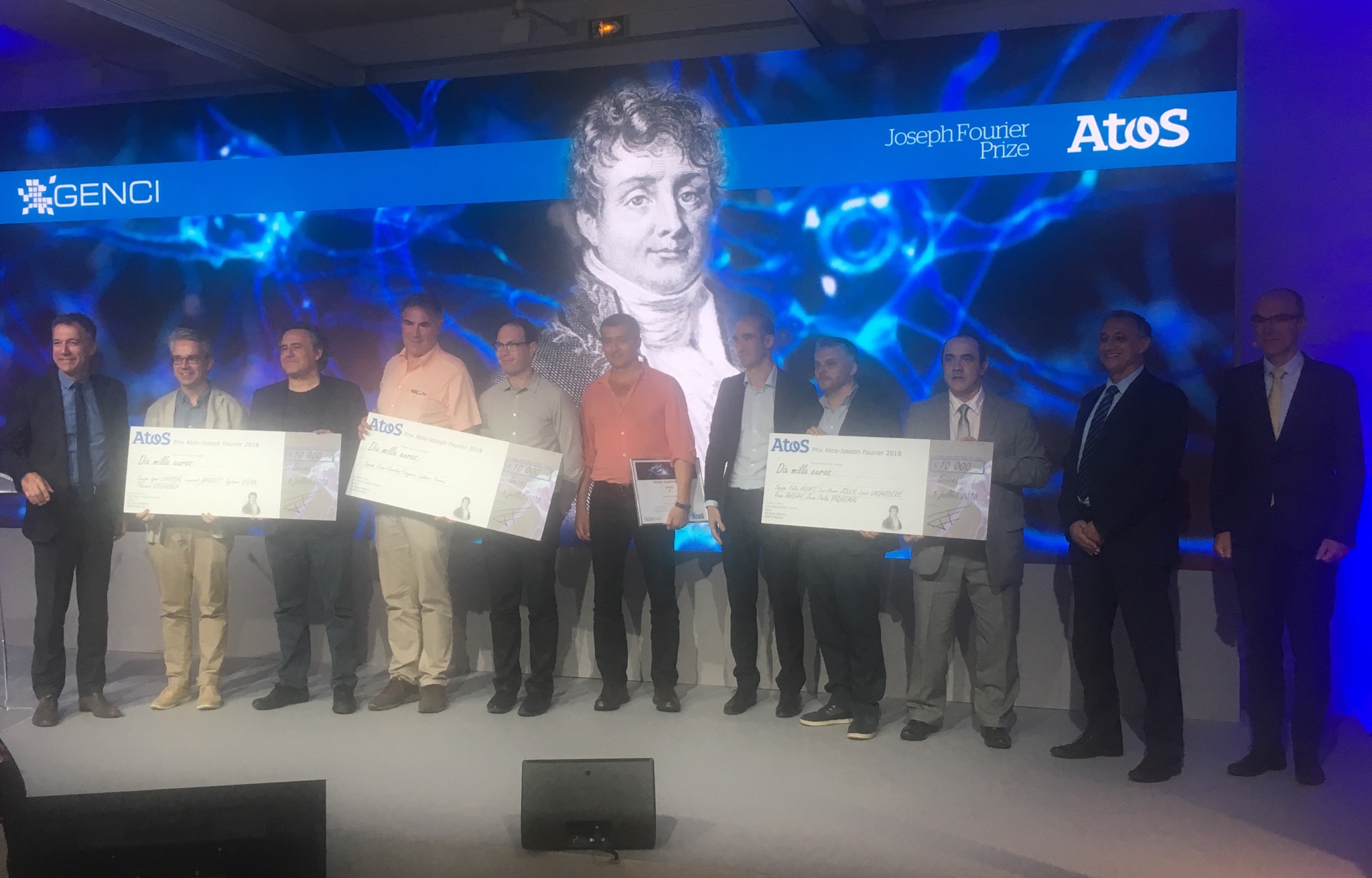 About GENCI
GENCI, National Equipment Intensive Computing, is a civil society owned 49% by the State, represented by the Ministry of Higher Education of Research and Innovation (MESRI), 20% by the CEA, 20 % by the CNRS, 10% by the Universities and 1% by Inria. Born from the political desire to place France at the best European and international level in the field of intensive computing, with the weight of the association of main actors of the academic research and the support of the public authorities, GENCI pursues three great missions since its creation in 2007: to finance and coordinate the implementation of a strategic plan of equipment of national centers of computation intensive for the civil research; to be a major player in the organization and the realization of a European space for intensive computing for research (as such, GENCI represents France within PRACE); to promote simulation and intensive computing in basic and industrial research. For more information: http://www.genci.fr/en