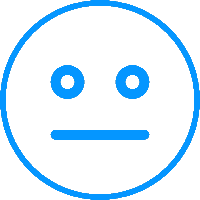 Use digital services if essential but prefer engaging with people direct.

55% of reluctant consumers would simply rather speak to a human than use a digital service. 35% of this group favour speaking to a real person because they feel it is more secure, whilst 36% would choose to do so because they believe it is simpler. This isn’t because reluctant consumers aren’t able to see the benefit of going digital – only 9% assert that they gain nothing from digital – but because they make a conscious choice not to, based on ease and convenience.

Complexity is the number one factor in throwing a reluctant respondent from the digital track when they’re already on it, with 23% saying that they’d return to a traditional channel in favour of a digital one if it proved to be too complicated. For reluctant users, keeping it simple is key.