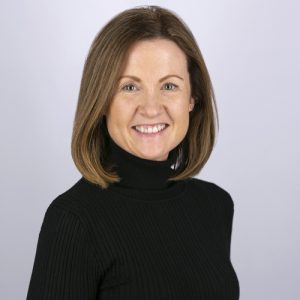 The value of diversity in the new skills age

Cheryl is a HR future thinker, with lots of energy, passion and opinions on HR and the future of work. She is experienced across the full spectrum of HR and a variety of industries, including IT, government, utilities and healthcare. A strategic thinker, who is able to influence senior stakeholders to drive change and a people agenda that positively impacts business performance. Cheryl is currently leading the agenda of transformation, HR analytics & automation, diversity & inclusion and employee engagement in the UK and Ireland.

When thinking about diversity, what springs first to mind? 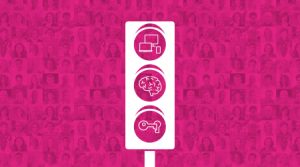 Often diversity is linked to age, gender or race. It is also recognised that there is far more to creating a diverse workplace than hiring people who fit into different age brackets or creating the perfect male to female ratio. Individuals from diverse backgrounds can offer a selection of different talents, skills, and experiences that may be of benefit to an organisation. Though it’s key to hire people with the appropriate skills to fit the roles, a variety of capabilities and experiences among the team also means that employees can learn from each other. This diversity of thought benefits organisations with better creativity, employee engagement and productivity.

Thankfully the benefits of having a diverse organisation are now well understood and accepted in business. Most organisations are realising the tangible impact it has on financial performance, the increased innovation it brings, and the moral and ethical imperative that the people we hire must reflect the society we operate in and serve. They have now embraced or are embracing diversity into their core business strategy and are on their own journeys to driving diversity into their whole employee journey.

So how does diversity play into the skills agenda?

Diversity plays a critical role. To date, much of the discussion on skills in the tech industry has focused on the tech skills themselves, such as machine learning, big data and analytics, cyber and automation. While these skills are critical, organisations cannot and should not build these skills homogenously; the diversity of the skill holders is also key. In fact, ignoring diversity can have disastrous consequences for the products and services created and ultimately, the success of a business.

Artificial intelligence – Many of us engage with chatbots and robots in our everyday lives, often not even knowing we are doing so. Who develops and ‘trains’ those robots? People, of course.

So, imagine if we have a team of people who lacks diversity, and shares similar perspectives… People who think alike, who come from similar backgrounds and life trajectories will often land at the same or similar thoughts and outcomes. We run the risk that the training is biased or potentially contains blind spots. As Henry Ford said: “If you do what you have always done, you will get what you have always got!”

Harvard Business Review found that diverse teams are not only are more likely to have 17% higher innovation levels, but problems and issues are resolved at an accelerated rate too. Pull together a diverse team and you naturally develop diversity of thought due to differing backgrounds and perspectives, leading to different outcomes. To ensure you get AI that truly works, particularly where it operates within the wider diverse society, it is important to ensure that a diverse team develops, trains and creates that technology. There are many examples out there of bots that have failed because they have only recognised male voices, because they have used biased algorithms when screening candidates… Let’s make sure our organisations do not add to the list.

Another great example is Road Safety.

A 2011 study conducted by the University of Virginia’s Centre for Applied Biomechanics determined that female seat-belted drivers in actual crashes had a 47% higher chance of injury than male belted drivers in equivalent crashes. This percentage rose to 71% for ‘moderate injuries’. Dig deeper and you uncover that crash test dummies are built on the dimensions of an ‘average man’… A very different physique to a large portion of the population, but especially women. The outcomes of this can really be a matter of life and death.

This isn’t just about gender difference. There are endless examples of technology that doesn’t cater or address the needs of the diverse society in which we live. At best, these technologies miss huge segments of the population when applied to products or services, which could in turn impact the viability of the business. At worst, if diversity is overlooked or ignored it impacts on people’s lives.

What can businesses do? 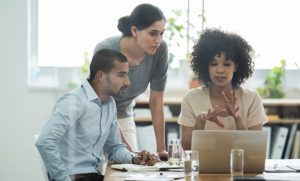 We can spend so long undertaking research and collecting copious amounts of data, but before progressing to product, organisations really must stop and reflect – is the data representative of all genders, differing ages, different ethnicities, or those with disabilities? If the answer is no or not enough, then go and get more until it does. Ignoring this could lead to biased results and blind spots, and/or create an unsuccessful product or outcome.

The new skill age is upon us, and it is critical that we apply a diversity lens when hiring, developing and retaining those skills. Getting that right will be key to gaining a serious competitive advantage.

The Future of Skills – Digital Society 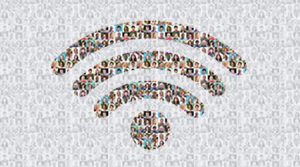 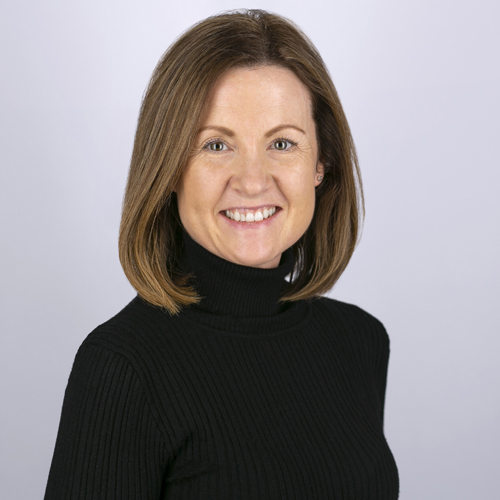